Passive mobilization: an important ring of the rehabilitation chain

Why is important Passive mobilization for physical rehabilitation?
Evidence in use of Fisiotek CPM devices
There are two important parts of the rehabilitation on a global scale of traumatised person:
1) the rehabilitation of the lost capabilities, that is, for instance, walking, handling, clasping, etc..
2) that rehabilitation necessary to secure the indipendence of the disabled person, so allowing for his/her reintegration into society.
The recovery of lost abilities (rehabilitation) is striven for through a methodology of valuation, which for a long time has been quality-based, but which is now becoming more and more quantitative. There is a change over from a descriptive type of terminology, like for example: better, good, bad, so so, etc... to a precise evaluation which can be repeated and monitored, and it is therefore possible today, to create scientific throughways, which are repeatable both on the diagnostic and on the therapeutic levels.
Numerous studies have indicated that unsuitable rehabilitation causes a very high level of new injuries. From this point of view, functional rehabilitation covers a fundamental role, not only pertaining to the recovery of lost abilities, but above all to prevent new traumas caused by specific factors (to do with work or sports activities in athletes).
An injury is rarely so slight so as not to require some sort of rehabilitation. Generally speaking, the more severe the injury, the longer and more important is the rehabilitation. The aim of the physiotherapist is to recuperate the functions to the best possible point, and in the shortest time. Another important factor is the progressive work load the physiotherapist must apply. To do this, it is necessary to have a wide range of technical capabilities so as to be able to apply the load increases in the most linear manner possible.
In modern functional re-education, progression is the application of heavier loads with less jumps in intensity, so nearing the theoretical optimum.. It is important to know the methodology used in neurological re-education and muscle strenghthening methodology in order to have a vast range of loads.
The most important methods of functional re-education are the following: isokinetics, isotonics, isometrics, biofeedback, hydrokinesitherapy, stretching techniques, proprioceptive and functional bandages (kinesio bandages).
In simple words, one can say that rehabilitation means that there is an initial passive stage (the injured articulation is mobilised, controlling the pressure, the speed and the degree of movement), followed by an active one (participation of the patient, and  the involvement of all the rings making the "kinetic chain").
Fisiotek's line of equipment covers the passive isokinetic part of the rehabilitation chain.
The rehabilitation program illustrated below, deals with the rehabilitation and consequent reconstruction of a front crossed ligament (FCL), which along with meniscus injuries are the most frequent causes of a trauma to the knee:
1st - 2st day: Passive mobilization (CPM) from 10° to 70° - rigid valve locked in extension to rest - ice
3rd - 5th day: CPM from 0° to 90°, beginning of the deambulation with the help of crutches and knee support locked in complete extension, isometrics exercises for the ischiocrurals.
6th - 14th day: Passive mobilization at home (CPM), deambulation with the help of crutches and articulated knee support free between 0° and 45°, increase in the isometric exercises for the ischiocrurals.
3rd - 4th week: Passive mobilization by the therapist progressively forcing the deficient parts, the attempt to obtain full extension. The movement range (ROM) at the end of this period is between 0° and 110°, mobilization of the kneecap and the kneecap setting, treatment of the scars, exercise of the ischiocrurals with biofeedback, limb extensions, swimmingpool, deambulation of the knee without the use of knee supports and the gradual discarding of the crutches, exercises for the lateral articulations and limb, cycling, up-down foot extension exercises.
At this point, the educational programme has more or less completed the passive phase, and it continues using methodologies which include the whole of the kinetic chain.
Have you ever had an intervention for the reconstruction of FCL?
Leave your comment!
﻿
Pubblicato da Unknown a 09:13 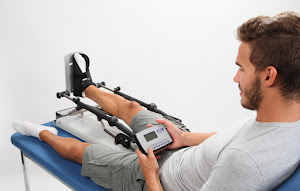 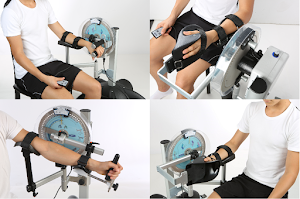